School was opened with Mr. Everhand as its first principal and teacher. The present rectory was built as a school and residence for the sisters who were to come and teach at St. Gabriel school.

At the request of the pastor, Reverend William Carey, the Sisters of Charity, Cincinnati, Ohio, took over the school. The faculty numbered three Sisters:

The Sisters lived in the pastoral residence and taught school there. Later, the school was moved to the rear of the church.

A frame building, purchased from the Episcopalians, served as a classroom for two grades and a two-year commercial high school.

Reverend Joseph O’Donnell was pastor and transferred the school and sisters to the building in the rear of the church on Church Street.

Because of overcrowding, some classes were held in a house on Sharon Avenue.

For 30 years, classes were held mainly on the lower floor of the sisters’ convent and in the small building behind the convent, which Father Carey purchased from the Episcopal Church in 1869 for $160. (The building is currently serving as a garage/workshop behind the rectory.) The largest classes were held in the annex behind the convent so the arrangement could change from year to year. Usually the classrooms were as follows: 1st and 2nd graders in the sisters’ chapel; 3rd and 4th grades in the sisters’ dining room; 5th and 6th in the front parlor and 7th and 8th grades in the annex.

Fire destroyed the original church and damaged the convent and school. Classes were held in the church basement until they could be moved back to the convent. Students walked to school from farms located at what is now Crescentville Road and Muhlhauser Road.

Reverend John J. Malone arrived at St. Gabriel parish. Upset by the overcrowding in the school and its state of disrepair, he campaigned to build a new school. The field on the corner of W. Sharon Road and Congress Avenue belonged to the Bartlett estate and was used to pasture cows. When he was alive, Mr. Bartlett had indicated a desire to have that land used for a school for St. Gabriel. The land was purchased and a new school was built.

New school was completed and dedicated. A freshman high school class was formed, and each year another class was added until St. Gabriel high school was completed. The grade school classes were held on the lower floor of the school, and the high school classes were on the upper floor. For 31 years, freshmen and sophomores shared a classroom as did the juniors and seniors. Handball was a favorite sport at St. Gabriel at that time. The school was “U” shaped. Since space now occupied by St. Mary’s Hall and the rooms above it were not yet built, a handball court was located in that area. 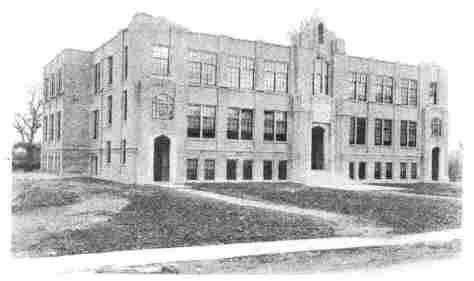 Father Welch fostered a cooperative feeling between the public and parochial school which resulted in a reciprocal policy to improve education in both St. Gabriel and Glendale high schools. St. Gabriel students went to Glendale for the sciences, physical education and home economics. Glendale came to St. Gabriel for French and English. 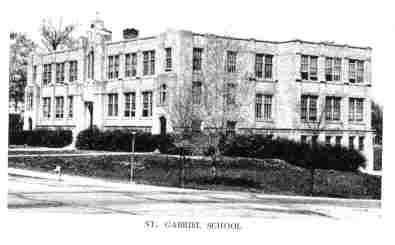 An addition was built onto the school adding 4 more classrooms and an assembly hall.

Educational TV for St. Gabriel students was made available from profits of the sale of approved magazines.

With the opening of Princeton high school, St. Gabriel closed its high school. It was also determine by examiners that the high school cooperative was against the law of separation of church and state.

First grade at St. Gabriel closed. Six classrooms and a multi-purpose room were added to the school.

St. Gabriel School was selected as one of two schools in the U.S. to participate in a pilot study in re-evaluating the Elementary School Testing Program.

The Federal and State Aid offered to private and parochial schools was a great blessing to St. Gabriel School – $8,000 in books and audio-visual aids.

St. Gabriel Consolidated School receives The National Blue Ribbon School award – created and overseen by the US government – which affirms the hard work of students, educators, families, and communities in creating safe and welcoming schools where students master challenging content. The National Blue Ribbon School designation is a widely recognized symbol of exemplary teaching and learning. 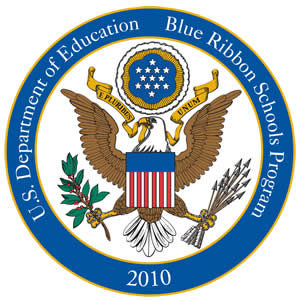